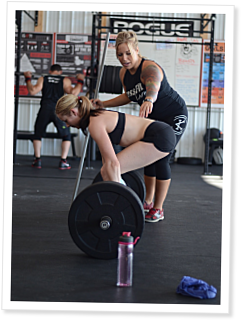 Lindsey Barber gripped the wheel. Most of the 30-mile drive between Unity and Cut Knife, Saskatchewan, is open road, nothing but 360-degree field and sky, and she tried to enjoy her morning commute to a job she disliked.

She pulled into the small lot outside the chemical-and-seed supply company where she worked as a sales agronomist. Some days were spent loading pallets of seed and chemicals onto trucks; others found her visiting surrounding farms and meeting with growers. Mostly, she had to sell—fertilizer, pesticide and seed.

“(My) job was basically to get the farmers on our program to buy as much product as they can, telling people what they need to hear just to make the sale,” Barber said.

But Barber hated selling. She felt dishonest pushing products farmers didn’t really need and felt “like I was serving no purpose in the world,” she said.

She cut the ignition and sat in her car, fighting tears and unable to will herself to go inside. She never thought work would be like this.

“My parents always said if you really like what you’re doing, then work won’t be so bad,” she said. “And I knew that this was not something I wanted to be doing forever, that there had to be something more for me to do. But I just could not come up with something that I would love to do enough to do it for the rest of my life.”

In 2011, a year into Barber’s agronomy position, she noticed an unusual picture on her boyfriend’s Facebook feed. It featured a woman doing a one-armed handstand—“and she had abs,” Barber added.

Barber messaged the woman, asking what she was doing in the photo.