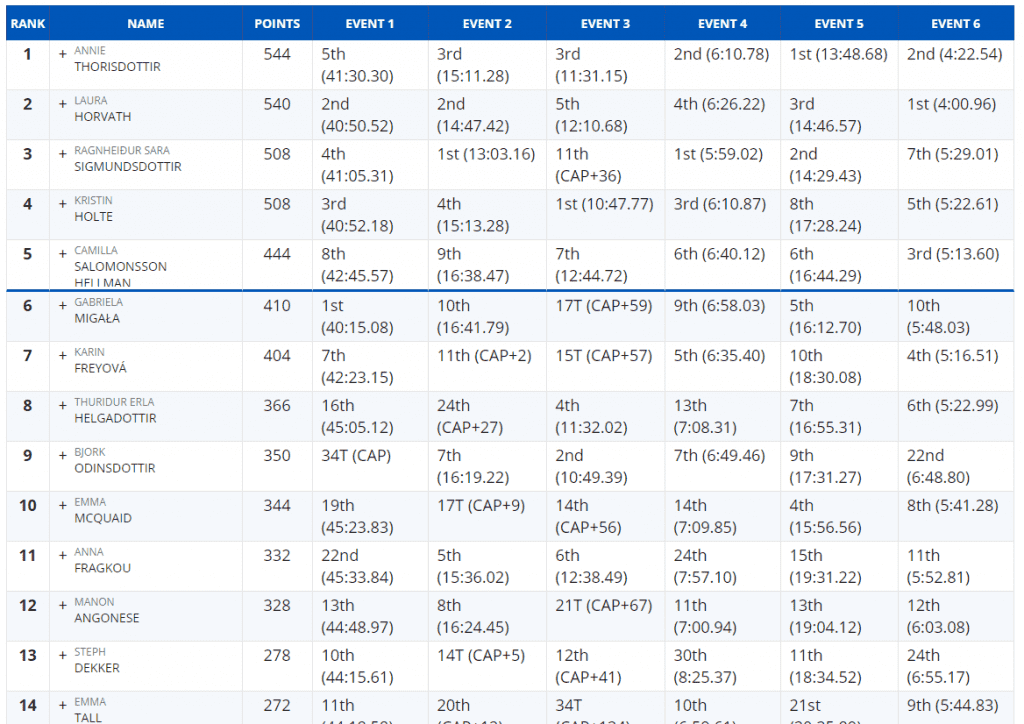 Annie Thorisdottir is the Europe Champion! She took second place in the final event behind Laura Horvath.

The five women from Europe that will advance to the CrossFit Games are, in order of how they placed:

The #EuropeRegional is back this year. For the last three years, European, Middle East and African countries have collided at the Meridian Regional over five coveted spots at the Games. Do you remember the last female Europe Regional champion in 2014? If you forgot, it’s OK, because it’s 2018 and @anniethorisdottir