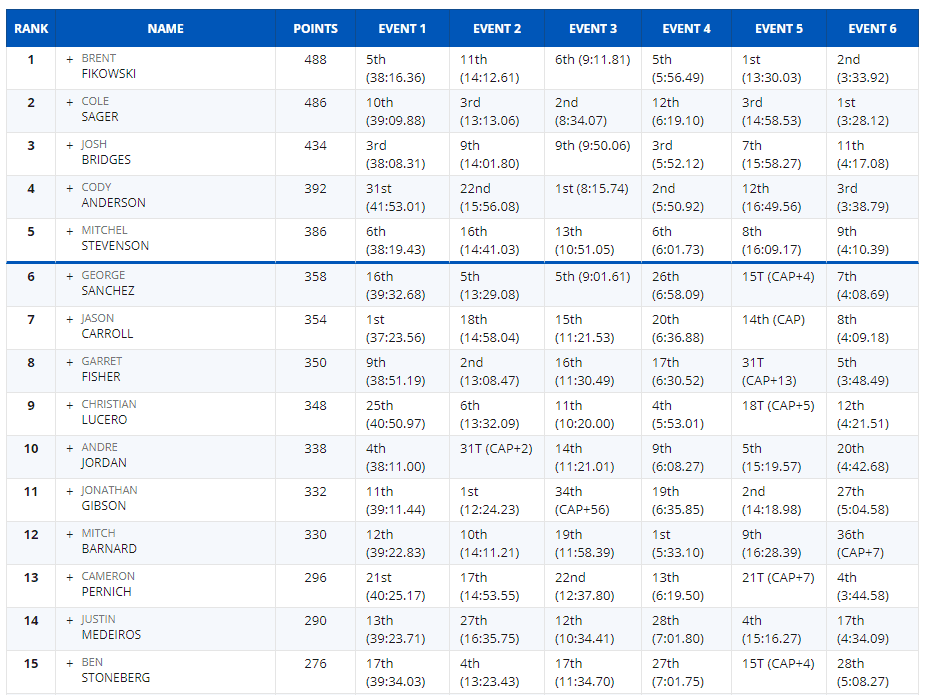 Here is how things went down for the Professor.

Day 1 of regionals is off to a good start

has the floor and class is in session. #WestRegional • #VeteranMoves @reebok

Nothing is more gratifying than seeing proof that training has worked! The bench press in Linda a year or two ago would have pinned me like a mouse trap

Feeling very confident for Saturday’s tests! @reebokcanada #reebokAthlete Thanks Reebok for the

Happy with executing my game plan on event 3. Happy with my effort on event 4. Tomorrow is a brand new day, and includes my favourite two events of the weekend.

That workout was a lot of fun but the weekend isn’t over yet! Now to get ready for event 6 #crossfit #crossfitgames #WestRegional @ascentprotein #theofficialsponsorofhardwork @zevia #zeviaxCrossfit @reebokcanada #reebokAthlete #Repost @crossfitgames with @get_repost ・・・ A long chipper showed up and so did the Professor. Brent @Fikwoski schooled Event 5 and beat the previous #CFGEventRecord by more than a minute—13:30.03. #CrossFitGames #CFGEventRecord • @fitaid

First place in the West

Super thankful for all of the support it was an incredible weekend. Madison 2018 is going to be great