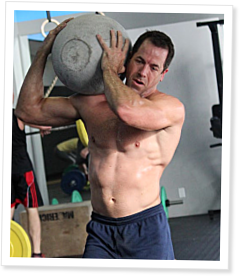 Since he joined CrossFit Palm Beach in December 2012, he’s shown up every single day, most of the time for the 5-a.m. class.

Coaches have ribbed him on his aggressive workout schedule, stressing the importance of rest and recovery. Walker told them his time at the box is an investment in his future. He couldn’t have been more right.

Within 48 hours, he had a fever and soreness on the left side of his throat. It wasn’t cause for concern. His daughters, 1 and 5 years old then, had similar ailments. He had probably caught it from them.

But within another two days, Walker found himself convulsing as he sat in his office at Critton, Luttier & Coleman law firm in West Palm Beach, Florida.

“I went and stood on the corner in the sun to try to warm up,” he remembered. “I finally was able to calm it down. I got my keys and went home.”

That same day, Walker stopped at an urgent care facility.

“I didn’t have a doctor before all this. … I hadn’t had one since I had a pediatrician as a child.”

Urgent care staff tested him for strep throat and the flu. Both tests were negative. Once they heard that Walker’s young daugh- ters were sick, they said he had likely caught something from them and advised he go home to rest. 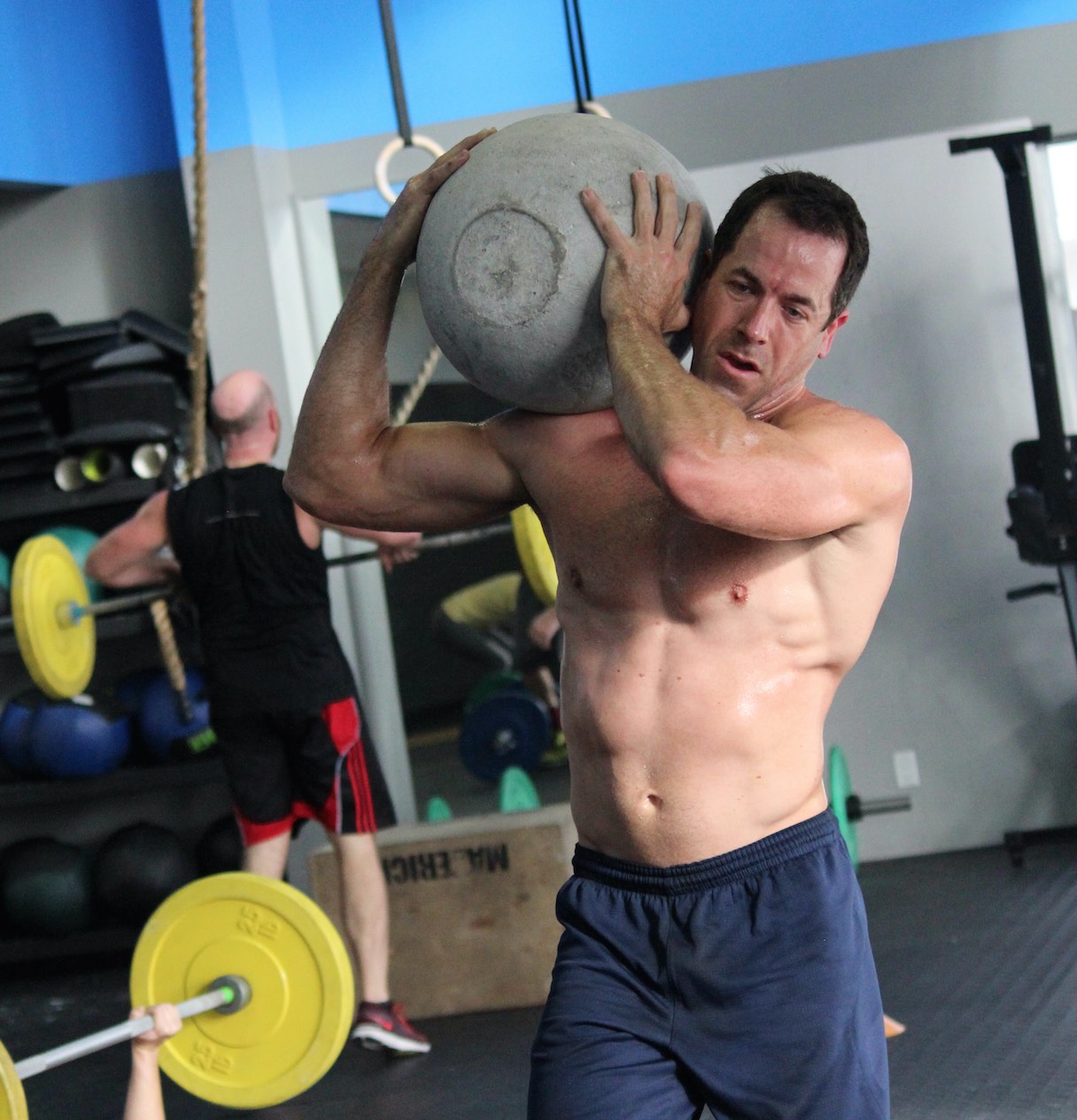 The next day, July 1, Mr. 5 a.m. didn’t get out of bed. When his wife, Robyn, returned to check on him midday, Walker was still in bed. When she tried talking to him, he didn’t make sense. She called an ambulance.

Walker ended up in St. Mary’s Medical Center’s trauma unit. He was “highly confused, highly agitated,” recalled Dr. David Petruska, the neurosurgeon on call that day. “He had symptoms of severe cerebral edema.”

Hospital staff sedated Walker for three weeks. A machine helped him breathe. During that time doctors were perplexed, wonder- ing if they were dealing with “an infectious process,” said Petruska, a neurosurgeon of 25 years.

A CT scan revealed hemorrhages on the front areas of Walker’s brain.

“It just did not look like classic trauma. It was too symmetrical,” Petruska continued. “We began to (suspect) that maybe some- thing more was going on.”

Five days before Walker started feeling unwell, he had been surfing in Jupiter. Petruska hypothesized that Walker contracted a polymicrobial infection through an unknown something in the Atlantic Ocean.

As doctors struggled to unravel the mystery of Walker’s condition, Robyn sat by her husband’s side in the hospital. She listened as doctors told her that in the unlikely event her husband survived he would be lucky to be a receptionist at his law firm, much less a practicing attorney.

“Yeah, we did paint a very bleak picture,” Petruska said. “Somebody will survive but that is (not) necessarily (good) quality of living. We may save a life but not a human being.”

Doctors ordered a course of antibiotics with little hope.

When it comes to an infection of this sort, Petruska noted, “the morbidity and mortality are high.”

Petruska next saw Walker on the afternoon of Oct. 29 for a legal proceeding involving one of Walker’s clients.

“I want to thank you for saving my life,” Walker told the doctor. “How’d I do that?” Walker said the neurosurgeon asked. Walker began recounting.

“It struck me like a bolt of lightning. It was astounding,” the doctor said emphatically. “I was stunned because I didn’t im- mediately recognize him, because he (was) a very handsome, good-looking man, very well-proportioned, and he looked absolutely fantastic.” 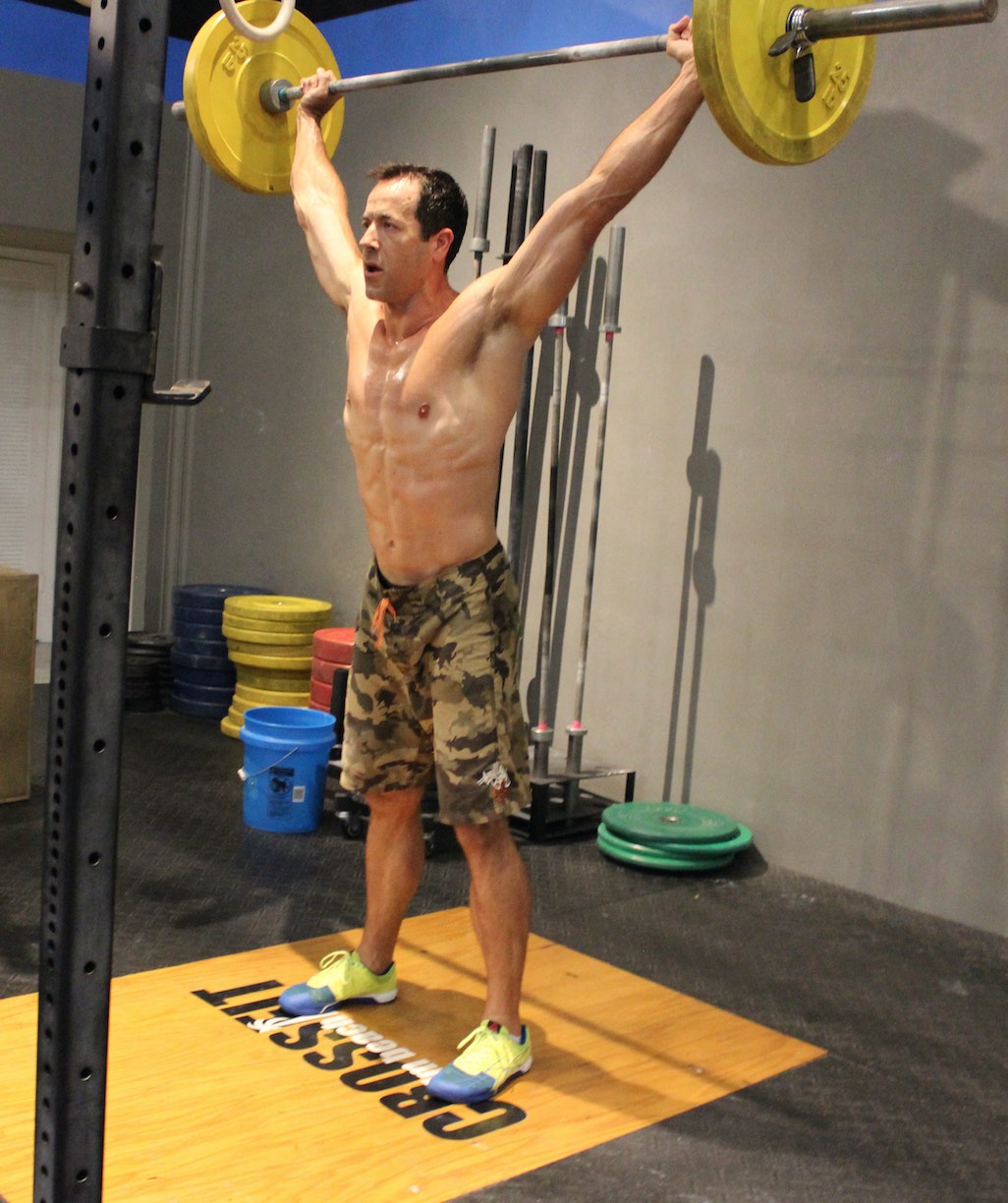 When Walker was discharged from St. Mary’s on July 31, 2015, the 6-foot-3 former prosecutor was about 150 lb. By the time he saw Petruska again in October, he had regained muscle mass and was roughly 200 lb.

“There’s no question in my mind,” Petruska said, that Walker survived the near-death experience because of his fitness. And, Petruska added, because of St. Mary’s medical care.

“He was in great physical condition.”

Walker’s seven-days-a-week investment had paid dividends. And then some.

“I would not be here if it weren’t for all the hard work I put into the gym,” he said assuredly. “I prepared myself unknowingly.”

The now-39-year-old Walker has returned to practicing law in the areas of complex commercial and construction litigation, as well as marital and family law. He’s also surpassing previous PRs, including a recent triathlon time of 1 hour, 21 minutes; his previous best was 1 hour, 27 minutes. When he first returned to CrossFit Palm Beach after his hospital stay, Walker could not do a single push-up or pull-up, and it was “a struggle” to deadlift 75 lb.

“People at my gym think I’m a little crazy because I’m back to where I was before,” Walker said jokingly.

Still, he did not emerge unscathed. At the moment, Walker does not have a keen sense of smell and reports reduced physical sensation.

“I don’t feel pain as much as I used to,” he said. “I’m not sure if it’s that or the mental aspect of what I went through.”

Walker elaborated: “I continually push myself as hard as I can because now I know that’s what allowed me to push for my life.”

Treatment is ongoing, and doctors have given Walker a timeline of 12 to 18 months for a full recovery.

Today, he’s back to his seven-days-a-week schedule at CrossFit Palm Beach and isn’t shy about sharing his story, said coach Tony Frezza.

“He knows it saved his life and he knows it can save more lives.”