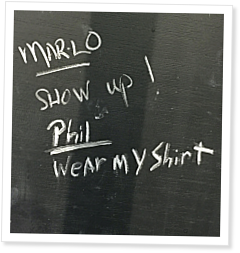 Their goals were simple.

“Show up,” Marlo Brown wrote in silver-colored marker on the “goals” blackboard at Cloud 9 CrossFit in New Jersey.

Her husband, Phil: “Wear my shirt.”

When the couple first walked into the affiliate three years ago, Marlo weighed 430 lb. Phil weighed 502 lb. When Phil sat on one of the rowers, the machine bowed under his weight. Once they joined, Marlo was thinking she would try her damnedest to be there three times a week, and owner Chuck Makatura gave Phil an XL T-shirt—the largest he had. Phil wore a 5XL at the time.

Today, 49-year-old Marlo has the highest attendance of anyone at Cloud 9 CrossFit—including Makatura. And on June 2, 42-year-old Phil drew a line through “Wear my shirt” on the blackboard to the applause and high-fives of the rest of that evening’s 6:15 class.

Before starting CrossFit, Marlo had lost roughly 100 lb. through diet, but a three-night stay in a hospital scared her enough to want more drastic changes.

“I got an infection,” she explained.

It started as an allergic reaction to shampoo. But Marlo scratched her ankle so badly she broke her skin. Her poor circulation wouldn’t let the wound heal. 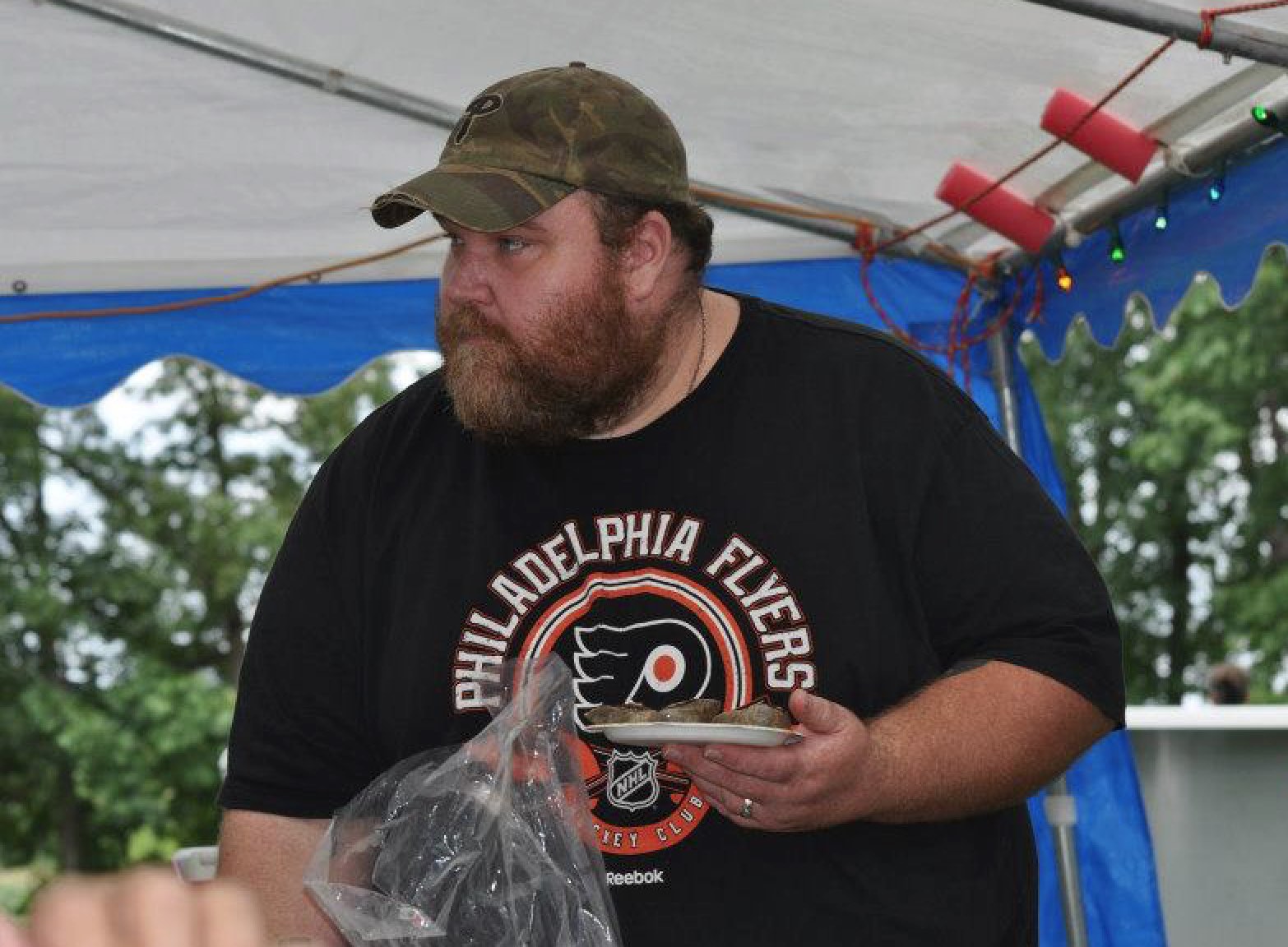 When she was discharged, she left with six prescriptions. She also found out she was diabetic.

Marlo’s health markers—including blood pressure and cholesterol—were “through the roof.” At the time, she worked in the billing department of the same hospital, so she knew what they meant.

“If I saw those numbers on anyone else, I would have said, ‘They’re dead.’ And they were mine.”

At the time, Marlo couldn’t walk the entirety of a city block without stopping at least three times to catch her breath. A simple trip from the couch to the bathroom elicited pain.

“I almost ran headlong into a pickup truck,” he said.

So when Marlo got her six prescriptions, she was resolute.

She met with her family doctor, who told her she had to take the diabetes medication, and if she wanted to get off it—and avoid the other five medications—she knew what she needed to do.

A year earlier, Marlo had watched her 68-year-old father die of his 10th and final stroke. He suffered from high blood sugar, as well as high blood pressure. 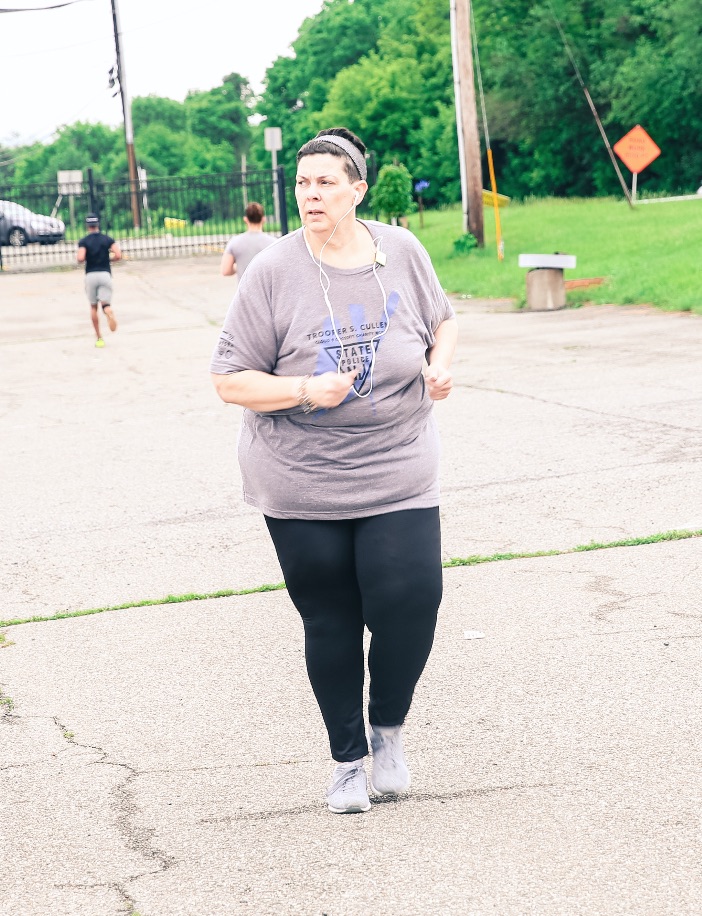 After a hospital stay for an infection, Marlo Brown decided to make a change.

All You Have to Do Is Start

It was a slow go when the couple first started CrossFit, Makatura remembered.

“I was kind of overwhelmed,” he said. “I didn’t know where to start.”

Phil and Marlo could not get down onto the floor, much less get up from it. Running, squatting to full depth, jumping rope were all out of the question.

So the Cloud 9 coaches did what every other coach at every other affiliate around the globe does: They scaled for their athletes’ physical and psychological tolerances.

“Our goal was to get them to do their best,” Makatura said, “and still maximize intensity through scaling.” 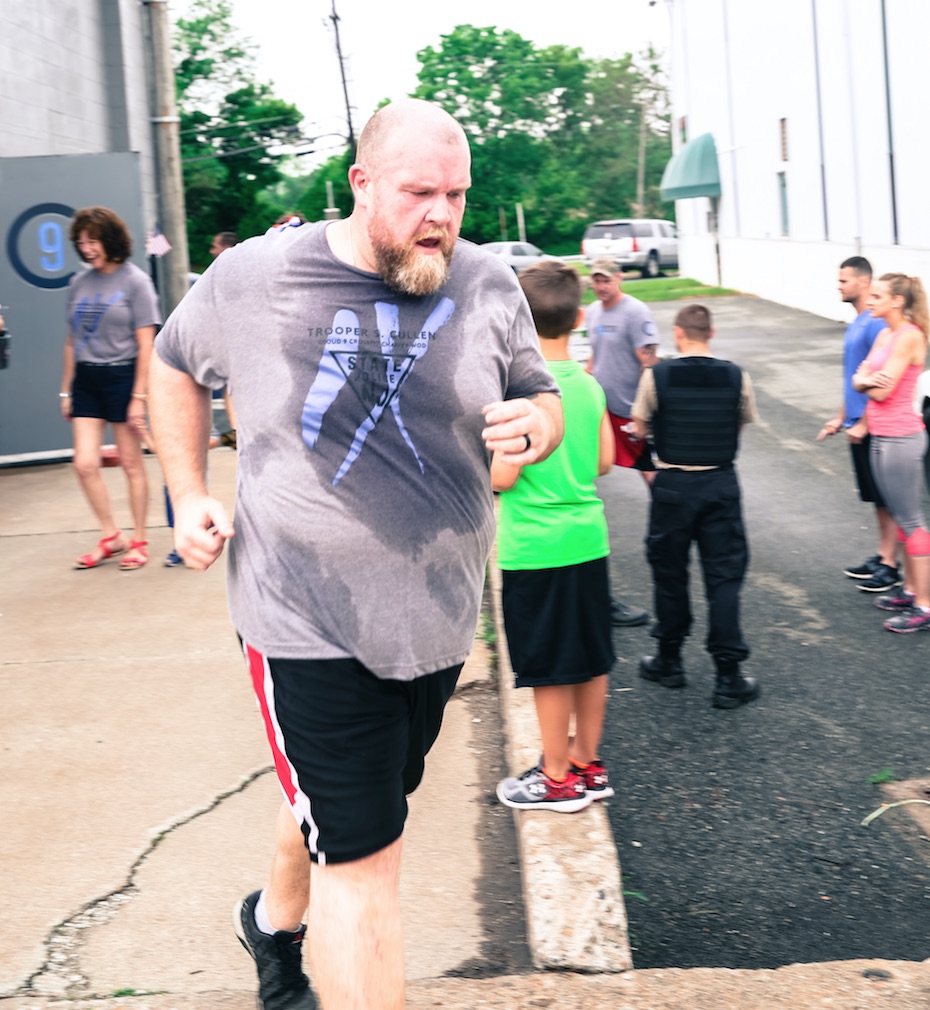 Phil Brown is now down almost 300 lb. and working on improving his squat.

Today, Marlo is running and doing ring rows, and Phil recently got his first double-under after making his first box jump at 10 inches.

“I told them, ‘Listen, just focus on that two seconds or that 5 lb. Give me those small PRs because you guys are in this for the long run,’” Makatura said he told them.

For the Browns, CrossFit has given them back their lives.

No longer must they avoid the booth at the restaurant or shop at specialty clothing stores.

Phil, previously resigned to an existence of poor health, had once thought, “This is the life we’ve chosen. … It’s gonna get worse.”

Marlo added: “We were sitting in our living room waiting for death. I don’t know that we’d be alive.” 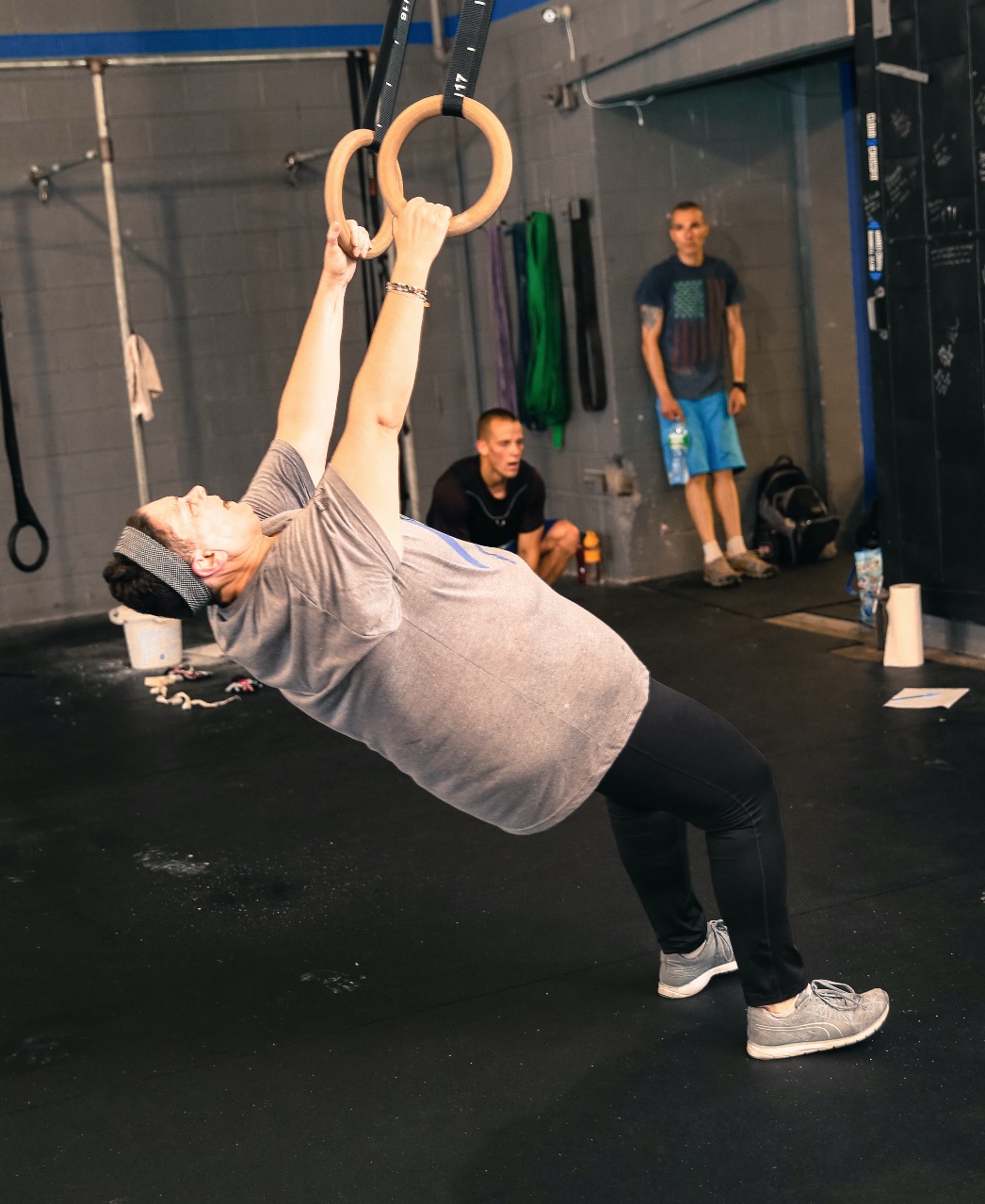 Marlo Brown has a goal of trading ring rows for pull-ups one day.

They could have ended up in an electric scooter with atrophied muscles—like so many of Phil’s relatives—or suffered a long, miserable death at the hands of one chronic disease or another, they said.

“Either we would have died from a heart attack or I would have killed us from falling asleep (while driving),” Phil said.

And their CrossFit experience has evolved: It’s now more than just a way to shed pounds.

“I have goals for myself when it comes to working out instead of just losing weight,” Marlo said. “Seeing what I do here, I want to do better at these things.”

She wants a rope climb and a pull-up instead of those pesky ring rows. Phil is working to improve his squat and recently tried paddle boarding for the first time.

“They’re the epitome of what CrossFit really is,” Makatura said.

While CrossFit Games athletes are admirable for their athletic feats, Phil and Marlo have embodied the definition of fitness, he noted.

“Increasing work capacity—that’s what they’ve done,” Makatura continued. “I’d rather have 100 Phil and Marlos than 100 Rich Fronings. Even though Rich Froning’s a sexy stud, their ability to overcome adversity is second to none.”

Photo credits (in order): Courtesy of Phil and Marlo Brown, Danielle Astrab (all others)