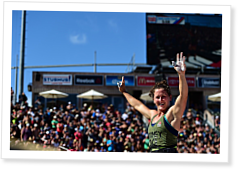 By Roy Masters’ reasoning, most weightlifters in the Olympics aren’t very strong.

We suppose Deng Wei’s world record 262-kg total in the 63-kg class needs an asterisk because other much larger athletes will lift more in other weight classes.

Masters’ faults in the article are many and don’t warrant addressing because his clear lack of understanding is damning. But we take issue with Masters’ snide treatment of 2016 Reebok CrossFit Games second-place finisher and weightlifter Toomey, who finished 14th in the 58-kg class on Aug. 8 at the Rio Olympics. Masters was kind enough to point out that other athletes can lift far more than Toomey and that she failed even to match her own personal bests in the snatch and clean and jerk.

“The 23-year-old came second at the World CrossFit Games this year but clearly all that exercise, including bizarre events such as handstand walking, ocean swimming and ‘suicide sprinting’ does not prepare a woman for the snatch and the clean and jerk of Olympic weightlifting.”

Oh but it does, Mr. Masters. 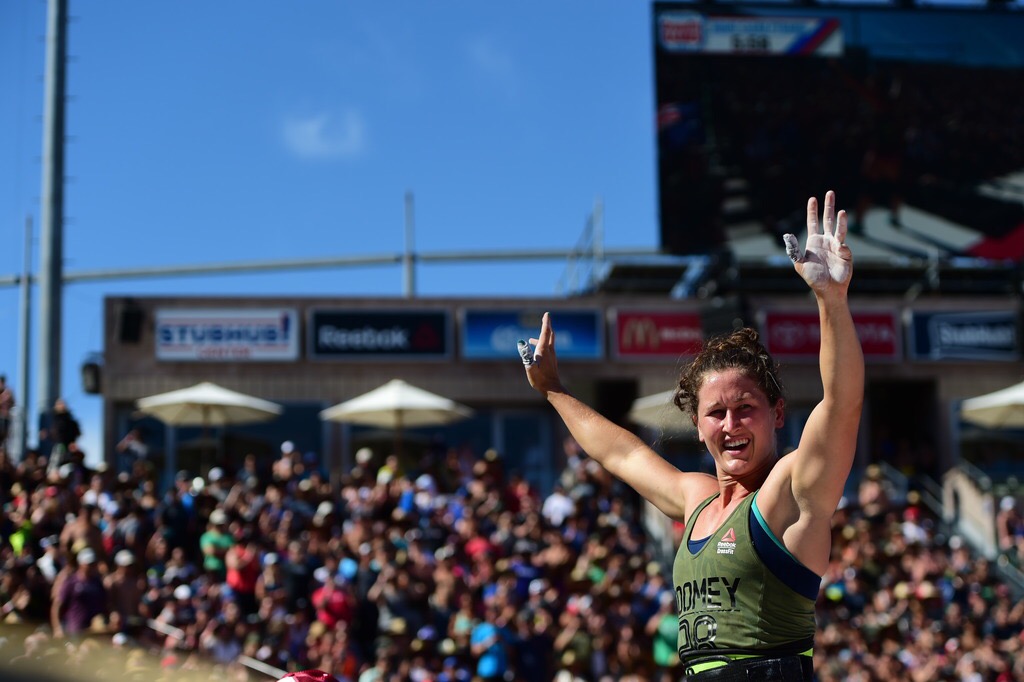 It should be mentioned that Toomey was given nothing. She earned her spot in the Olympics, as explained clearly by the Australian Weightlifting Federation (AWF): “Tia-Clair Toomey, has also been nominated to be Australia’s only female weightlifter as a result of strong performances at the 2015 Australian Open and 2016 Oceania Championships placing her as #1 on the women’s qualification table.”

More accurately: She beat the other lifters in her country at their own game.

Other lifters would not be able to turn the tables on Toomey. As an example, 2008 Olympic silver medalist Oxana Slivenko—also a former snatch world-record holder—competed in the Europe/Meridian Regional three times between 2013 and 2015 and did not qualify for the CrossFit Games. In 2016, she failed to qualify for the regional as an individual.

The AWF article is careful to point out that Olympic berths hinge on team performance in a qualifying event, and it turns out two-time CrossFit Games athlete Pip Malone was one of the seven athletes who helped Australia secure a spot in the women’s competition in Rio. That would be 29 percent of the Australian team with CrossFit Games experience.

Team member Kiana Elliott? She was discovered through CrossFit: “At a weightlifting workshop being run at her CrossFit gym she lifted weights that would have put her in contention for Australian junior medals,” according to Sportzgirlz.com.

One wonders where Australian weightlifting would be without CrossFit-trained athletes.

As for Toomey’s missing of PR numbers, numerous lifters don’t hit new personal records in competition. In fact, some, even some of the best, miss all three attempts or run into disaster. Consider 2008 Olympic champion Matthias Steiner, whose 2012 title defense ended when he missed a snatch so badly that he was forced to withdraw from the competition. 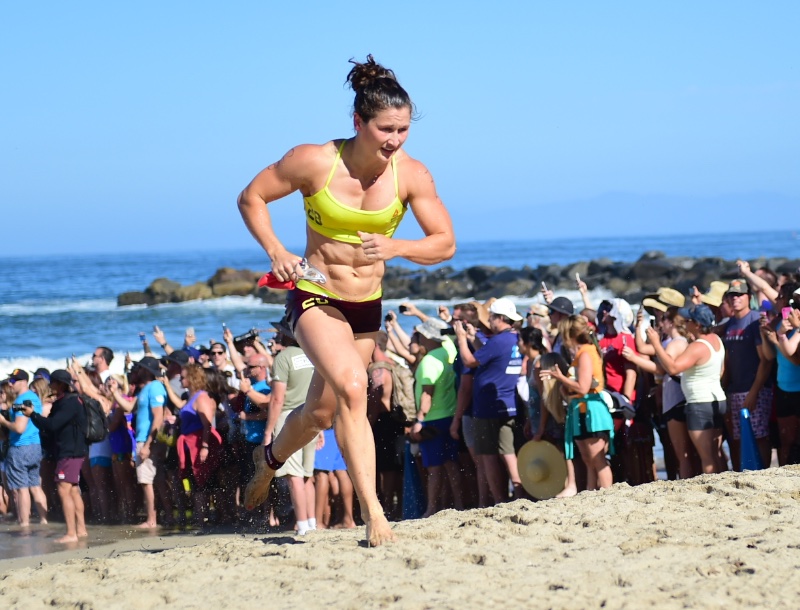 Toomey’s Rio total of 189 kg was 5 kg off her personal best, Masters noted, as if that’s a huge margin. In Brazil, Toomey actually missed a clean and jerk of 112 kg, which would have given her the 5 kg Masters required, and a better informed journalist might have noted that weightlifting is a game of millimeters in which misses are not uncommon. Had she made the lift, Toomey would have equaled the current Australian record for the clean and jerk in the 58-kg weight class. As it stands, Toomey has clean-and-jerked 111 kg—better than all but one other 58-kg lifter in the nation.

Toomey has said that other Australian lifters protested her Olympic qualification because she isn’t dedicated to one sport only. Those lifters, and Masters, would do well to recall that Toomey earned her spot in Rio and was able to come close to equaling a national record after acquiring a level of fitness that also allowed her to stand on the CrossFit Games podium twice in two years.

The facts would appear to confirm Toomey’s training practices rather than damn them.

If anyone would rather a full-time weightlifter represent Australia at the next Olympics, they need only do one thing: beat her.