Five From the Archives 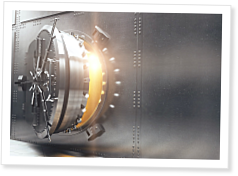    Affiliate owner Chris Sinagoga talks about two articles and three videos that made him a better trainer.
 
When you first watched “The Shawshank Redemption,” the ending probably left you wondering how Andy Dufresne bested the warden and his crew.

Because you wanted to relive that excitement, and because Morgan Freeman’s voice brings serenity to life, you watched the movie several more times.

Then a few months, years maybe, go by in which you don’t watch the movie, until one day you see it’s on TV. For old time’s sake, you flip it on and catch it right at the perfect part: After spending 60 days in the hole, Andy is talking to Red about hope and moving to a place that people still don’t know how to spell.

Then you catch something Red says that you missed before: “Those are just shitty pipe dreams, Andy.”

“Oh my God!” you scream at the television screen. “How did I miss that?”

Then, while watching the movie again a few weeks later to remind yourself how stupid you were for missing the foreshadowing, you notice the warden opens the Bible to the book of Exodus to find the place where the rock hammer was concealed.

Somehow, the movie was better the sixth time through because you were able to notice and appreciate so many more nuances.

My first CrossFit workout happened in late 2005, but I started to read the CrossFit Journal around June 2006. Ten years later, I can’t remember what day of the week it is or what I had for lunch, but for some odd reason I can remember just about every video or article that has come up over that time.

Now I’m an affiliate owner who has seen hundreds of kids and parents come through our doors, and I can’t help but notice the direct influence the videos and articles have had on my coaching. I really consider that a plain old lucky advantage; if you weren’t up on the Journal right off the rip, it’s really difficult to know where to start in the 4,000 pieces of content. To help you dive in, I’d like to share a list of my favorites from the archives.