The four female athletes qualifying for the 2018 CrossFit Games from the Meridian are:

Event 6 was a fast paced combination of Rope Climbs and Thrusters with a time cap of 7 minutes. Jaime took an early lead on the rope climbs, and held it for the entire duration of the rest of the event. She maintained a consistent and strong pace.

As a spectacle it was a great way to decide the who would, and who would not, be making it through to The CrossFit Games in Madison this summer.

Stephanie Chung look first after she impressively made up a huge deal of ground on the walking dumbbell lunges, enough to pass Jaime Greene who already had a significant lead. 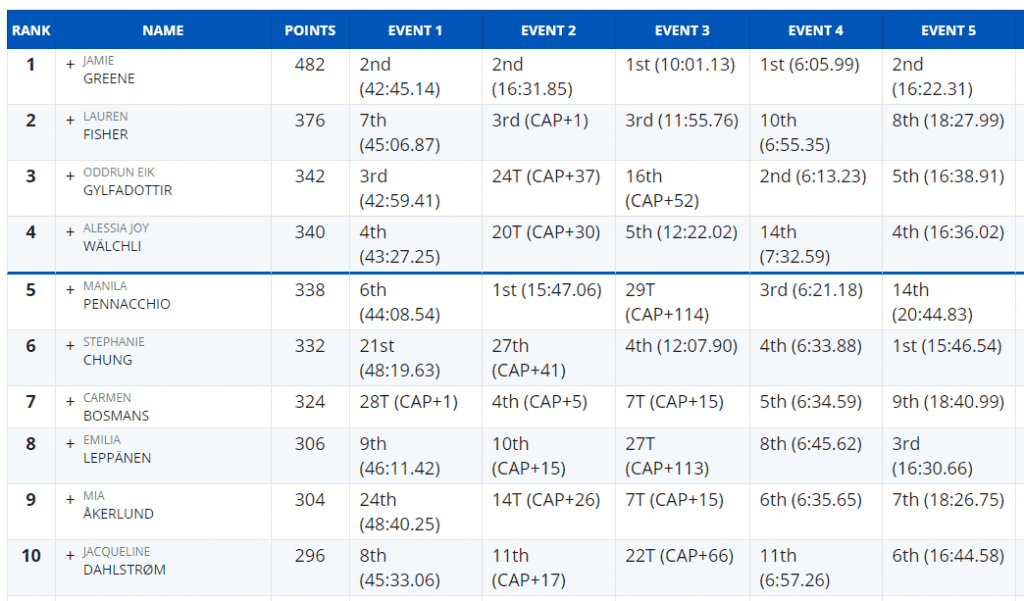 INFORMATION ABOUT THE 2018 CROSSFIT REGIONALS

The post Jaime Greene Wins The CrossFit Meridian Regionals (+All Other Athletes Going to The Games) appeared first on BOXROX.