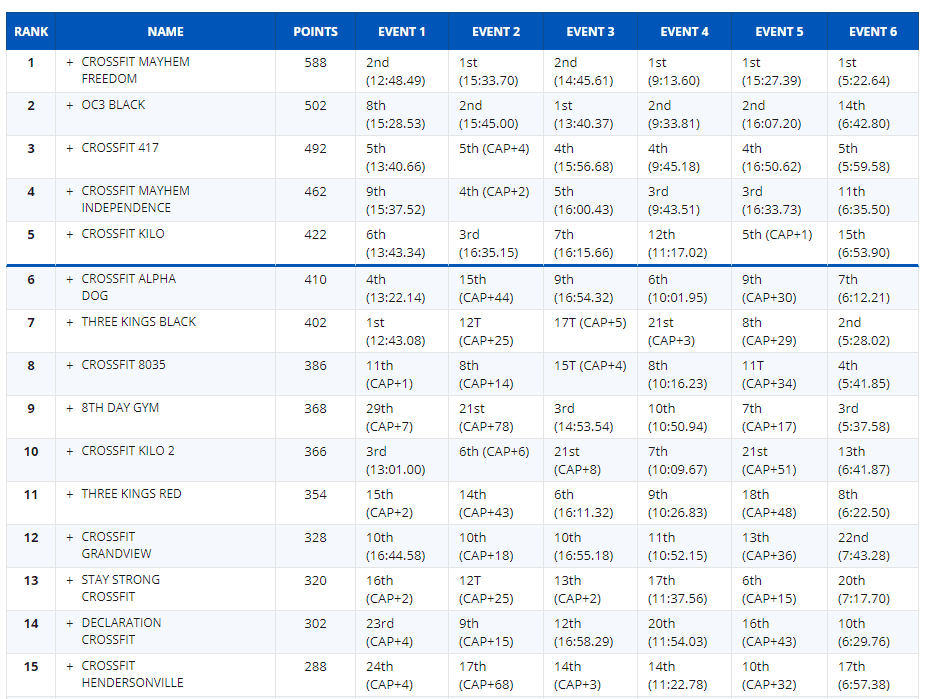 A dominating performance from Rich Froning and The CrossFit Mayhem Freedom Team at the CrossFit Central Regional.

The Mayhem was real at the Central Regional! Freedom and Independence are heading to Madison! @thecrossfitmayhem @cheribundi #crossfitgames #crossfitmayhemfreedom

A post shared by CrossFit Mayhem Freedom (@crossfitmayhemfreedom) on May 27, 2018 at 8:31pm PDT

Regionals are right around the corner! Who’s ready? #crossfitmayhemfreedom

A post shared by CrossFit Mayhem Freedom (@crossfitmayhemfreedom) on May 7, 2018 at 4:26am PDT