The 2019 CrossFit Games is over, and as the dust settles over the now empty Madison Coliseum, find out exactly what happened on the final day.

CrossFit Mayhem member and former unbeatable teen star Haley Adams has won rookie of the year. Throughout the entire weekend she continually stepped up her game and competed with the best of the best in the female individual category, finishing in 6th place overall.

So much more to come, but for now celebrating being the 6th Fittest Women on Earth!

Shahad Budebs from The UAE was chosen as the global representative of CrossFit and National champ award winner!

“CrossFit games celebrated and recognized national champions and I was chosen to be recognized as the first UAE female as global representative of CrossFit. National champ award winner! I’m speechless and beyond blessed! I came, I represented and I will come back again! This is a message to all the Arab women. We can be national athletes and we can reach to high level competitions! We are here and we will come back stronger! Unfortunately I wasn’t there when they called my name, but I did come back for pics. 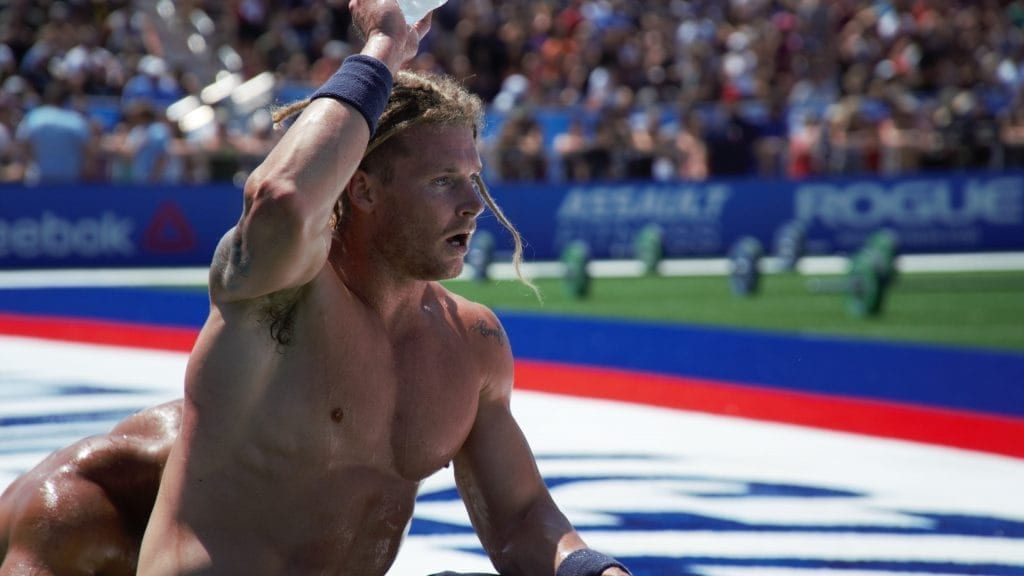 He finished in 5th place and described his event win as “Officially one of the most painful moments of my life, but worth every damn second”

The Spirit of the Games Award went to CrossFit veteran and former winner Sam Briggs. The 37 year old engine qualified for the Games as a National Champion, Sanctionals winner (twice), through the Open and as a Masters Athlete. Additionally, in the announcement her work ethic, humility, humour and commitment to the other athletes around her were also praised.

There’s a lot I could say right now … but we’ll leave it at 18th fittest in the world ain’t that bad right! Now to cheer on @crossfitnicole and the @central.beasts

Jaime Greene became the first athlete that has ever stood on the podium as both a team member and as an individual athlete. She finished in third place.

It was the first podium finish for both Kristin Holte and Noah Ohlsen, two athletes that have been in the CrossFit game for a long time, continually refining their craft and abilities.

Sunday morning started down at the lake. All 10 remaining men and 10 women lined up ready to dive into the water. 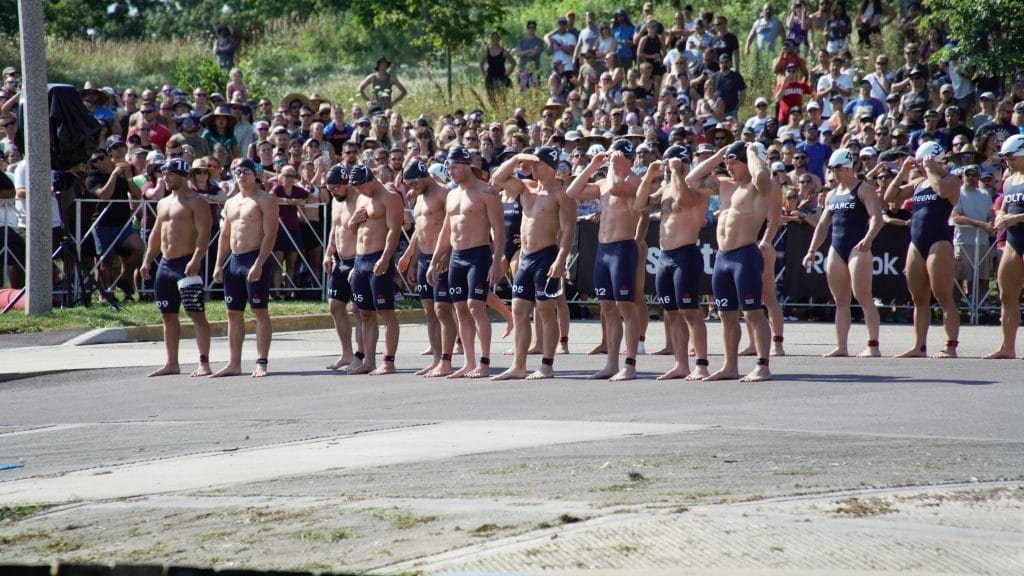 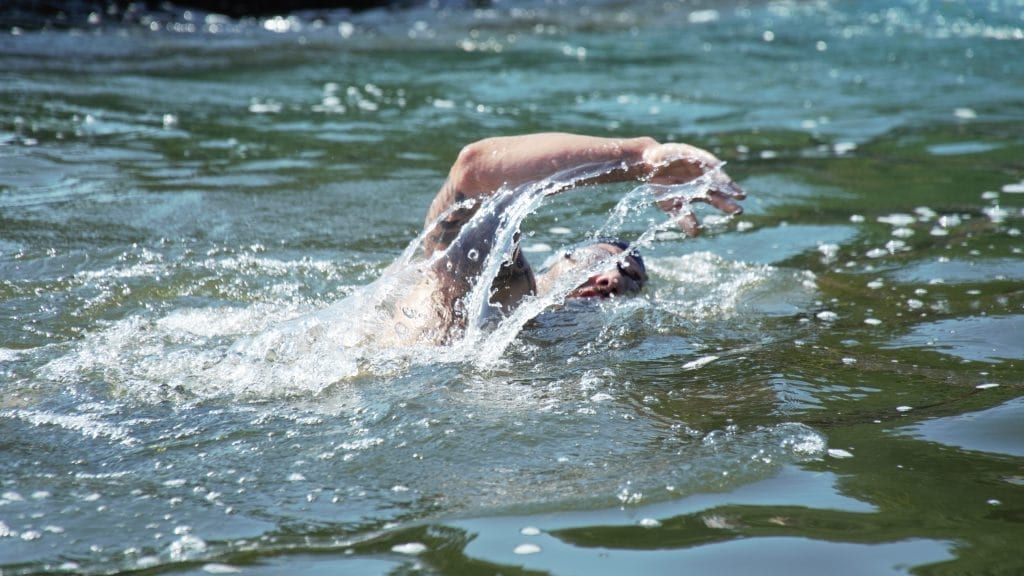 All the male and female athletes completed the event together.

Aussies Tia-Clair Toomey and Matt McLeod established an early and convincing lead over the rest of the competitiors. They were the first out of the water. Ohlsen and Gudmundsson both looked strong and confident coming out of the water as they moved onto the second section of the event. 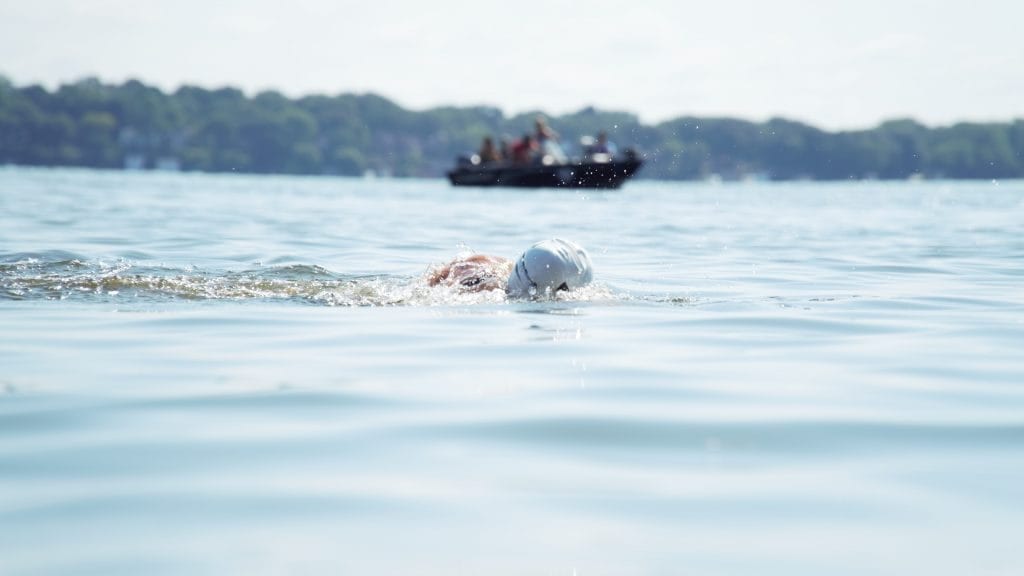 Amanda Banhart, a former competitive swimmer herself, was second out of the water for the women. She was followed by Ohlsen, Shadburne, Newbury, Gudmundsson, Adams, Greene and Saxon Panchik and Mat Fraser. 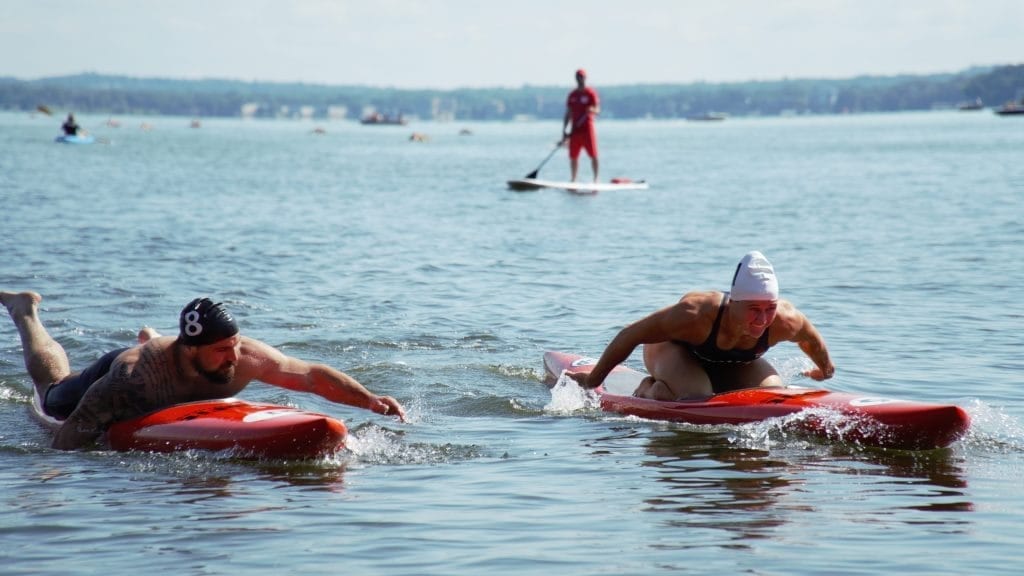 As the athletes returned home on the paddle boards Tia and McLoed were neck and neck. 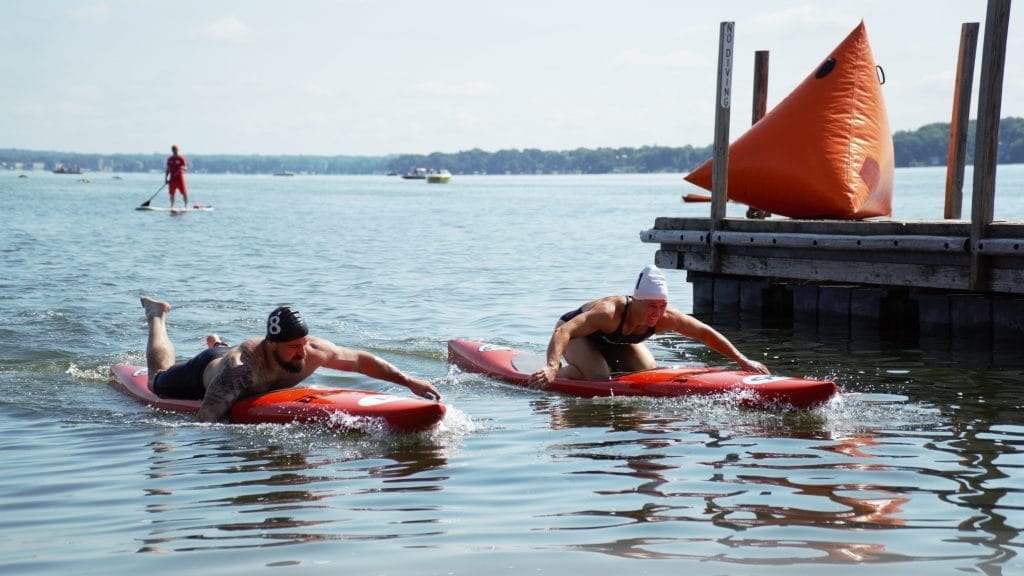 They sprinted out of the water with smiles on their faces and as Tia crossed the line she looked back and jovially teased McLeod “Come on, come on”.

The final leaderboard for Swim Paddle

Top CrossFit Athletes Respond to The Cuts at The CrossFit Games