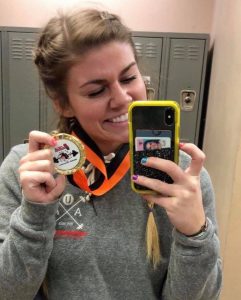 Unbreakable Athletics Academy offers programming and training for multiple types of strength sport athletes, including those interested in powerlifting, weightlifting, and strongman. We work with anyone who wants to become stronger and more powerful. UAA specifically subscribes to West Side Barbell’s conjugate method of strength training and has great success in these areas. Contact us directly to discuss this training approach further.

Powerlifting is a strength sport that consists of three attempts at maximal weight on three lifts: squat, bench press, and deadlift. As in the sport of Olympic weightlifting, it involves the athlete attempting a maximal weight single lift of a barbell loaded with weight plates. Powerlifting evolved from a sport known as “odd lifts,” which followed the same three-attempt format but used a wider variety of events, akin to strongman competition. Eventually odd lifts became standardized to the current three.

In competition, lifts may be performed equipped or un-equipped (typically referred to as ‘raw’ lifting or ‘classic’ in the IPF specifically).

Equipment in this context refers to a supportive bench shirt or squat/deadlift suit or briefs. In some federations, knee wraps are permitted in the equipped but not un-equipped division; in others, they may be used in both equipped and un-equipped lifting. Weight belts, knee sleeves, wrist wraps and special footwear may also be used, but are not considered when distinguishing equipped from un-equipped lifting. 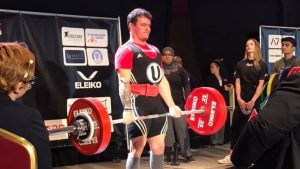 Competitions take place across the world. Powerlifting has been a Paralympic sport (bench press only) since 1984 and, under the International Powerlifting Federation (IPF), is also a World Games sport. Local, national and international competitions have also been sanctioned by other federations operating independently of the IPF.

The best way to Get Started with Unbreakable is to schedule a GamePlan Session. One of our certified coaches will meet with you in order to get to know you. The purpose is to hear about any goals (performance, weight loss, nutrition, etc) or plans you have. We also want to discuss any issues or injuries. Then we can design options for optimal performance.