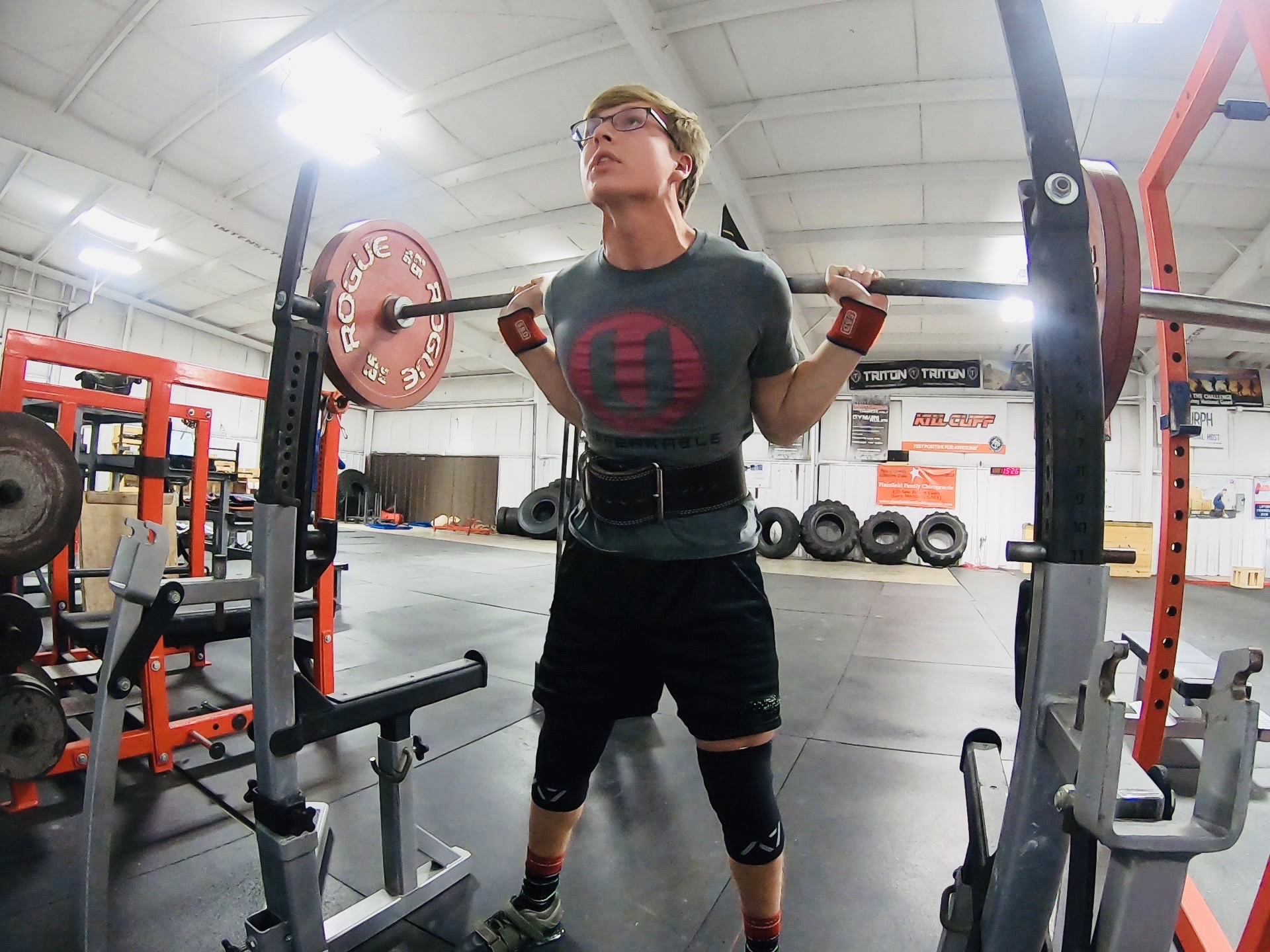 John Beanblossom is a rarity at Plainfield High School. The 17-year-old junior started powerlifting just over a year ago, and believes he’s still the only student at his school to actively compete in the sport.

Last year after John volunteered at a powerlifting meet hosted at Unbreakable Athletics Academy, he made the switch from Crossfit to heavy lifting – and never went back.

While John had been active in other sports prior to powerlifting and was pretty good at baseball, he didn’t have the passion to play after the demands of competition in high school made the sport no longer fun to participate in.

“With powerlifting, I feel like I made the choice to be here, so it’s not the same. I love coming here,” John says. “I like seeing my progression each week, but what I really love is stepping on the platform and competing. It’s really exciting.”

In the short time John has been lifting, he’s already competed in three meets. “The first meet was just to feel it out and get a sense of what it’s like to compete. The second meet I totally bombed – but then my third meet went really well.”

John says he plans to keep lifting for a long time and sees no reason he can’t continue to get strong and compete into his life after high school as well. He’s really interested in computer science and is thinking about attending IUPUI after graduation to learn more about cyber security.

“The community here at Unbreakable is really great. Everyone is always in a good mood. My mom is afraid I’m going to ‘break my back’ while powerlifting,” John says with a smile. “But so far so good.”