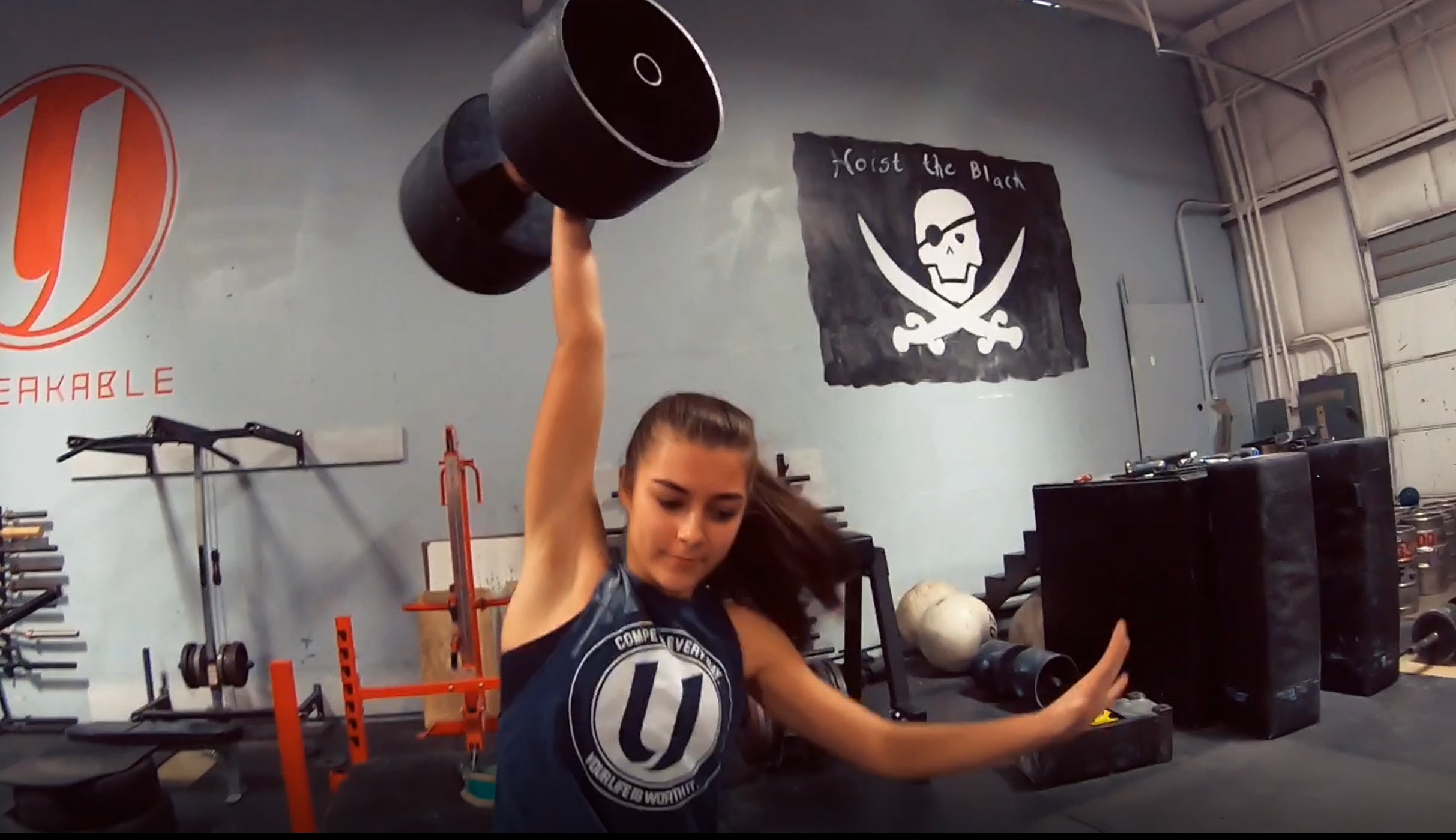 Plainfield High School junior Lauren Ashby started seriously weight training at Unbreakable Athletics Academy for a unique reason. She had begun learning how to pole vault – but because her bodyweight was so light, she was unable to bend the pole underneath her.

“The lightest pole was still 20lbs over my bodyweight, and my arms were so weak they couldn’t hold on to it. I knew I needed to start eating right and put on muscle,” Lauren said.

She decided to start strongman training at UAA to supplement her other workouts. She signed up for a teen novice competition and focused on learning the lifts while increasing her strength. While Lauren had always been active, including participating in gymnastics and cheer, using a barbell to help her gain weight was foreign territory.

“I’ll admit when I first got into it, I wasn’t very motivated to continue because I didn’t see any ‘changes’ right away. But I had to remember that gaining weight the right way is a long process, so I stuck with it,” Lauren said.

“I really wanted to change my body composition. I’ve been called ‘skinny’ and ‘flat’ my whole life, and have heard people saying negative things about me, even asking me ‘why do you even bother working out?’ I wanted to show myself that I could do this for me and because I wanted to get better at pole vault.”

Almost a year and a half later, Lauren has gained 10lbs (which is huge for her!) and says she’s seen a big difference in her upper body conditioning and strength. She’s also competed in two Strongman contests and plans to do more in the future before she graduates high school.

“I don’t like the nerves that come with competing, but I do love the aspect of everyone always cheering on everyone else at the contests, and I really love meeting all the new people.”

At her last contest, she even established a new teen record in the axle deadlift and axle clean and press. “I started off only being able to deadlift 105lbs. When I was able to deadlift 200lbs at the competition, I cried because it meant so much to me. And my mom was there the whole time and got to see me do it too.”

Lauren’s next big goal is to work on her conditioning as well as continue to gain lean muscle mass, in order to prepare her to join the Army after graduation.