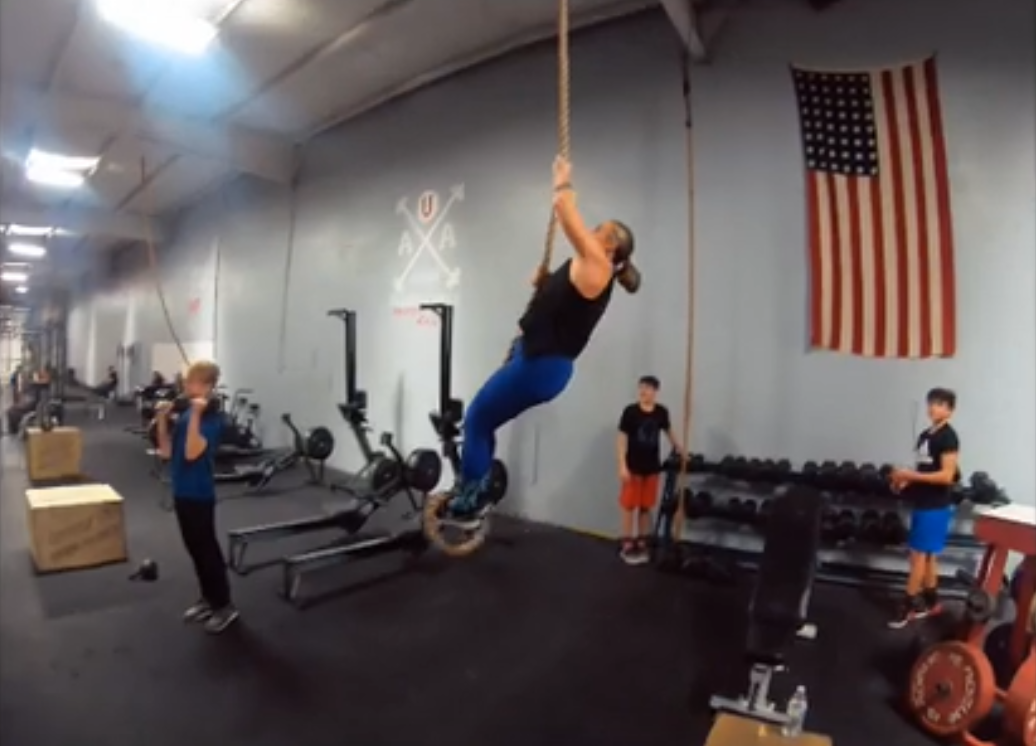 Sarah Wright recalls a time as a 16-year-old when a male track coach told her, “I never saw a fat racehorse.” The 38-year-old biologist, wife and mom of two boys remembers feeling the pressure throughout her high school years and into early adulthood of constantly being told to be “smaller” in all her athletic pursuits.

“I used to run quite a bit, and while I truly did enjoy running, I used it as a ‘punishment.’ It was a punishment for eating too much, or not looking the way I wanted to. I ran to stay small. But exercise shouldn’t be punishment,” Sarah says.

While Sarah and a workout buddy ran several half marathons each year, when her partner became too busy to keep up their runs, she looked for something else that would keep her active. “I ran a half marathon by myself and thought – this is super boring! – I really need a group environment and some competition to keep me interested.”

Sarah discovered Crossfit at Unbreakable Athletics almost four years ago, and the competitive group environment coupled with the acceptance of all body types and abilities has kept her coming back.

“I’m ultra-competitive, both with other people, and with myself, and being around other people doing the same workout pushes me way harder than I would ever workout on my own. Plus, the coaches here genuinely care about their athletes.”

Sarah particularly loves Crossfit because she says it’s a little bit of everything. “I don’t think I’m particularly good at any one thing, but I’m a ‘little good’ at all the things,” she says. “Crossfit really exposes all of your weaknesses.” She’s also competed in over a dozen Crossfit competitions since she joined the gym, and recently won a team competition with UAA athlete Eric Farley.

“What I love the most about Crossfit is how it has changed my relationship with how I view myself and how I eat as well. Now I eat with a focus on performance, not to stay small. Crossfit has made me happy with not being ‘small.’”